If you're happy and you know it...you're unusual!

Yesterday I had the priviledge of meeting Mauricio, the conference and banqueting manager of a large Washington DC hotel where we're running our leadership training.

I knew there was something unusual about him when we first met, stylishly dressed and well coiffed, he was delivering boxes to our conference room and took the time to open them, help us distribute the contents and check that everything was just perfect for us. It was.

I met him again a little later when he was very concerned that I wasn't eating lunch with my group, "but you must eat, you need energy to lead" he was right, I needed a delicious nibble but wasn't looking after myself sufficiently to get it. "Let me bring you some fruit" OK, good idea. He came back a few minutes later with a delicious fruit salad and yoghurt, plus a few pieces of whole fruit. "We have to take care of you" he said, and left.

Later, we were sitting in the lobby waiting to go out when Mauricio appeared again, I introduced him to my colleagues and once again he asked how our day was going and if there was anything else he could do to make our stay better. There really wasn't, he had done a great job.

The moment I met Mauricio I knew something was different and special about him, because of my previous twenty something years in the hotel industry I knew without a shadow of a doubt that his kind of sparkle, energy and care isn't the norm and because of my Joy, Love & Work radar I was curious how he arrived at the work he was doing today.

"I had my first job at the Howard Johnson hotel not far from here, I started in the potwash but I was interested in everything and they started giving me new jobs, I just moved up and up. I was there for eighteen years and then I came here (to the Crown Plaza - a far cry from a Howard Johnson) and I've been here for seven years. I LOVE my job, I get to meet new people everyday and I LOVE that."

HOOORAY for Mauricio! For all the things that make him good at his work, but even more importantly for the sheer JOY he exudes in doing it!

Mauricio is blog-worthy because he's happy and he knows it. Do you know a Mauricio? 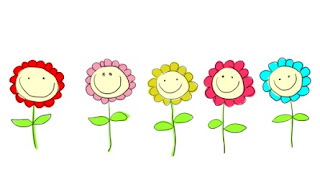 Alison
I count joy, love and work as three of my favorite things; they're good on their own but even better together! I'm an English Rose living in Minnesota with a small sausage dog who teaches me wisdom far greater than her 7lb physique would suggest!

Where in the world are you?